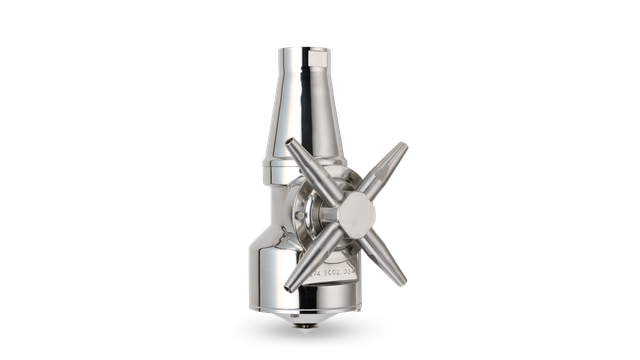 In many applications the Rotary Jet Mixer provides the fastest and most efficient mixing results. It also handles gas dispersion (aeration, deaeration, carbonation), powder mixing and cleaning in place (CIP). Its patented rotary jet mixing technology is based on rotary jet head technology, which has been modified to handle mixing of liquids, gas and powder. Rotary jet mixers can be used in tanks between 100 and 800,000 liters in size.

To meet your mixing needs Alfa Laval also offers a range of agitators and a magnetic coupled mixer.

When using the Rotary Jet Mixer the capacity can be increased, resulting in greater productivity, higher product quality and improved utilization of process plant resources.

The system offers savings in tank and supporting structure because the motor and pump can be placed on the floor. And at the same time the Rotary Jet Mixer being placed under the liquid surface is a hydraulically balanced system which does not create any significant loads on the tank. In addition to this its easy-to-install design facilitates retrofitting of existing tanks.

Making a good thing even better

A number of pre-engineered Skid Mounted Pump Units are available to complement the Rotary Jet Mixers. In addition to a Rotary Jet Mixer, the end-users also require a pump and instrumentation for their mixing system. To make it easy for them a number of pre-engineered unit with all the necessary equipment have been designed.  For end-users this will save time and resources as they can bypass engineering and procurement. All they have to do is connect two pipes, do the electrical wiring, set up the variable frequency drive – and they are ready to go.

The brewery yield challenge: Making the most of hops, cleaning and wort recovery 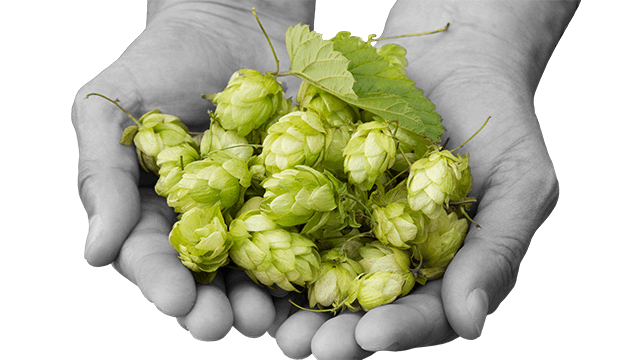 The Rotary jet mixers are positioned under the liquid surface. Liquid is fed through the nozzles of the Rotary Jet Mixer. To achieve optimal circulation within the tank, the system uses a closed circulation loop. Two or four nozzles rotate around both the horizontal and vertical axes. This double rotation enables the jets to reach the entire tank volume, providing fast, efficient mixing of the injected liquid, gas or powder. For faster mixing requirements, several Rotary jet mixers can be installed in series.

The Rotary Jet Mixer does double duty. After completion of the mixing process, the mixer’s jet nozzles can be used for spraying cleaning liquids in the tank to effectively clean tank surfaces.

Three different pre-engineered Skid Mounted Pump Units are available to supplement the portfolio of Rotary Jet Mixers. The three units available comes with 7.5 kW, 11 kW, or 15 kW pumps. The unit is mounted on a stainless steel frame and consists of the following Alfa Laval components, an energy-efficient LKH centrifugal pump, a variable frequency drive, piping, two pressure gauges, manual LKB-2 butterfly valves at the inlet and at the outlet and a LKB-2 drain valve.

Applying Rotary jet mixers optimize production processes in the beverage industry. The mixers are used for different beverage applications such as mixing beverages containing fruit pulp, dissolving flavours, aspartame and other powders and for tank cleaning - cleaning in place (CIP).  A single mixer can be used for several different operations in the same tank for instance for liquid mixing, deaeration, carbonation and dissolving of powders.

Part of a broad mixing range

For a broader mixing range, explorer the different product categories: Agitators and mixers.

Download the product models in Neutral or Native CAD file formats. It is also possible to download 3D PDF files.

Visit the animations site and take a look inside a product to see and understand how it works. 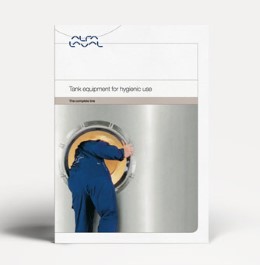 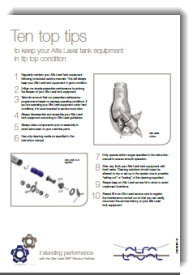 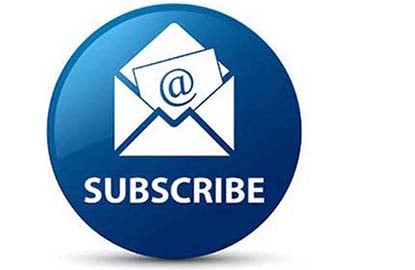 Keep yourself updated on important sustainability issues and opportunities in your industry.