The WSAC was used for the de-propanizer, de-butanizer, and de-isobutanizer reflux cooling streams. It produces a colder utlet temperature than a conventional cooling system could offer. The WSAC is also used as a condenser in the de-ethanizer refrigeration system allowing for a colder condensing temperature of the refrigerant. By condensing the refrigerant at a lower temperature, the compressor operating horsepower in the system is reduced. Since the refrigerant is used to cool the distillate columns, it directly affects the efficiency of the fractionation process.

In addition, production rates also increased during the hot summer months due to the ability to maintain condenser performance during higher ambient temperatures.

The Wet Surface Air Cooler was determined to be the most cost effective system when compared to cooling towers and fin fan air coolers. The WSAC allows the refrigerant to be condensed directly within the integrated tube bundles, requiring less horsepower and allowing for downsizing of the compressor equipment. 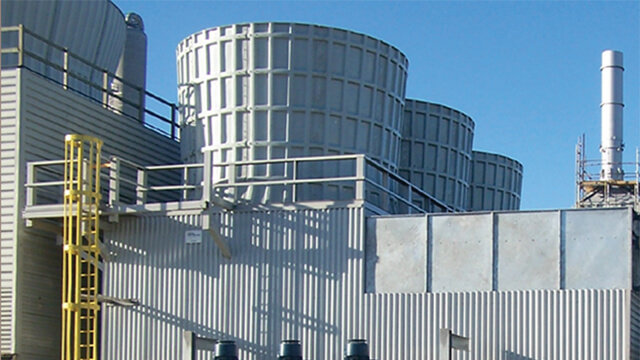 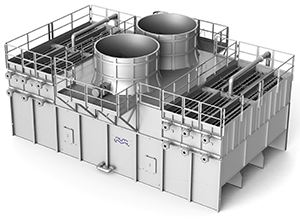 All Oil and Gas